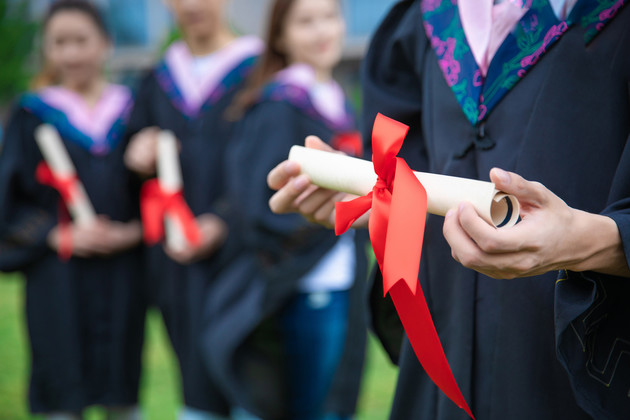 Due to COVID-19, NYU Shanghai adopted for the first time an online graduation ceremony, which was livestreamed from the university's auditorium.

A total of 229 senior-year students from 24 countries and regions attended the ceremony to celebrate the completion of their education and receive their degrees.

NYU Shanghai preserved some rituals for the ceremony, such as a torch handover and lighting up the Oriental Pearl Tower, a landmark building in Shanghai, in the university's signatary color of purple.

Jack Ma, founder of Alibaba Group and the recipient of this year's Chancellor's Medal of Honor, delivered an online speech to encourage all graduates to meet future challenges with poise.

Jeffrey S. Lehman, vice chancellor of NYU Shanghai, also encouraged the graduates to help create a fair and flourishing world with their knowledge and skills.

The ceremony was concluded with a virtual rendition of the school song by all the attending graduates.

According to the university, there will be another virtual graduation ceremony this Sunday to celebrate the graduation of NYU Shanghai's first class of 62 postgraduates.

NYU Shanghai was established in 2012 as China's first China-U.S. university operating as an independent legal entity.